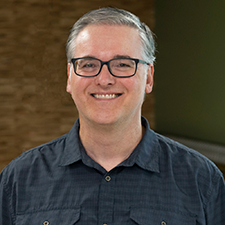 The Minnesota Child Welfare Training Academy (MNCWTA) would like to introduce Bill O'Connor, our communications manager.

Bill has been with the University of Minnesota since 2005, initially working in the Orientation & Transition Experiences office. Prior to that he provided project management for the Family Services department at Children's Hospitals and Clinics of Minnesota. Bill splits his time between the Minnesota Child Welfare Training Academy (80%) and the Center for Advanced Studies in Child Welfare (20%). For the Training Academy he leads the communication strategy for this partnership with the Child Safety and Permanency Division at the Department of Human Services (DHS). Originally from Tennessee, Bill earned a Bachelor of Arts in Speech Communication from the University of Tennessee, and later a Master of Public Affairs from the Humphrey School of Public Affairs at the University of Minnesota.

To see past issues, visit our News Archive.